It’s All In The Detail!

I have always said that my BORN2READ® readers have been road-tested by their intended audience. And I have always said, that not always is the feedback glowing. In fact, some characters have been shelved so quickly, it would make your head spin! I am still recovering from the shattering, overwhelming consensus that my dinosaurs looked like a cross between fat cows with long necks, and fat giraffes – harsh to say at the least!

Now that the readers have all been written and illustrated, I thought that the feedback would be mostly good, from any new student joining us on the BORN2READ journey.  How wrong could I be.  It seems everyone is a critic – especially if you are from three to eight years old.   For example, I had to make some rapid changes to the illustrations in the Ash and Sam series.  Some Year One students were outraged when the children in the boat were illustrated, less life jackets!!

And those Kindy Kids – wow, they are just brutal!   I was so excited to introduce the Rainbow Pigs to them: four pigs – one red, one blue, one green and one yellow. The  criticism I hear you ask? “Where are the rest of the colours of the rainbow? You need some more pigs!”  I know, I know! They are correct, but I am not adding any more pigs. Besides, if you mix those four colours in differing combinations, you will come pretty close to the other colours. (Oh how quickly you take on the persona of a kindy kid when under the pump!!)

But by far my harshest critic, is a newly enrolled student at BORN2READ, who I’m convinced is going to go on and work as a curator or head of forensics. I don’t think we have read a book together, where there isn’t the slightest imperfection that is suddenly brought to my attention – even the size of a character’s ears from one picture to the next has been questioned, although I swear it is the exact same picture of said character, with just the facial expression changed!

The other day, with my floundering artistic ability barely intact, I proudly and confidently (big mistake!) presented to her, one of the more recent series, Holly and Henry. I say proudly and confidently, because I knew this child loved the world of fantasy, especially with lots of fairies!  I was certain she would be captivated by the words and the storyline, and the beautiful elves and fairies, that there would be no harsh criticisms, at least not on the first day of reading them.

How wrong could I be! It seems I had forgotten one very, very crucial element – WINGS! That’s right – fairies have wings!!!  Even I know that, and as I scanned each and every one of those pictures, praying for a little glimpse of wings – there were absolutely no wings. Rather then admitting that yet again, I need to go back to the drawing board, literally, I had one last shot at redemption.

“Perhaps, their wings are tucked neatly behind their backs.  These special fairies only spread their wings when they fly,” I explained.

In the moment of silence that followed, I thought I just may have got away with the no wings. Alas no. After checking for any evidence of hidden wings, she looked at me and said, “That’s just silly.  Everyone knows fairies need wings.  Without wings, they are not fairies.”

So, it’s back to the drawing board I go!

Until next time, you’ll know where I’ll be!

Teacher and Author of the BORN2READ Reading Program 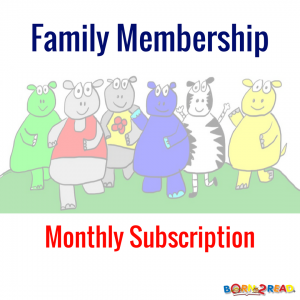